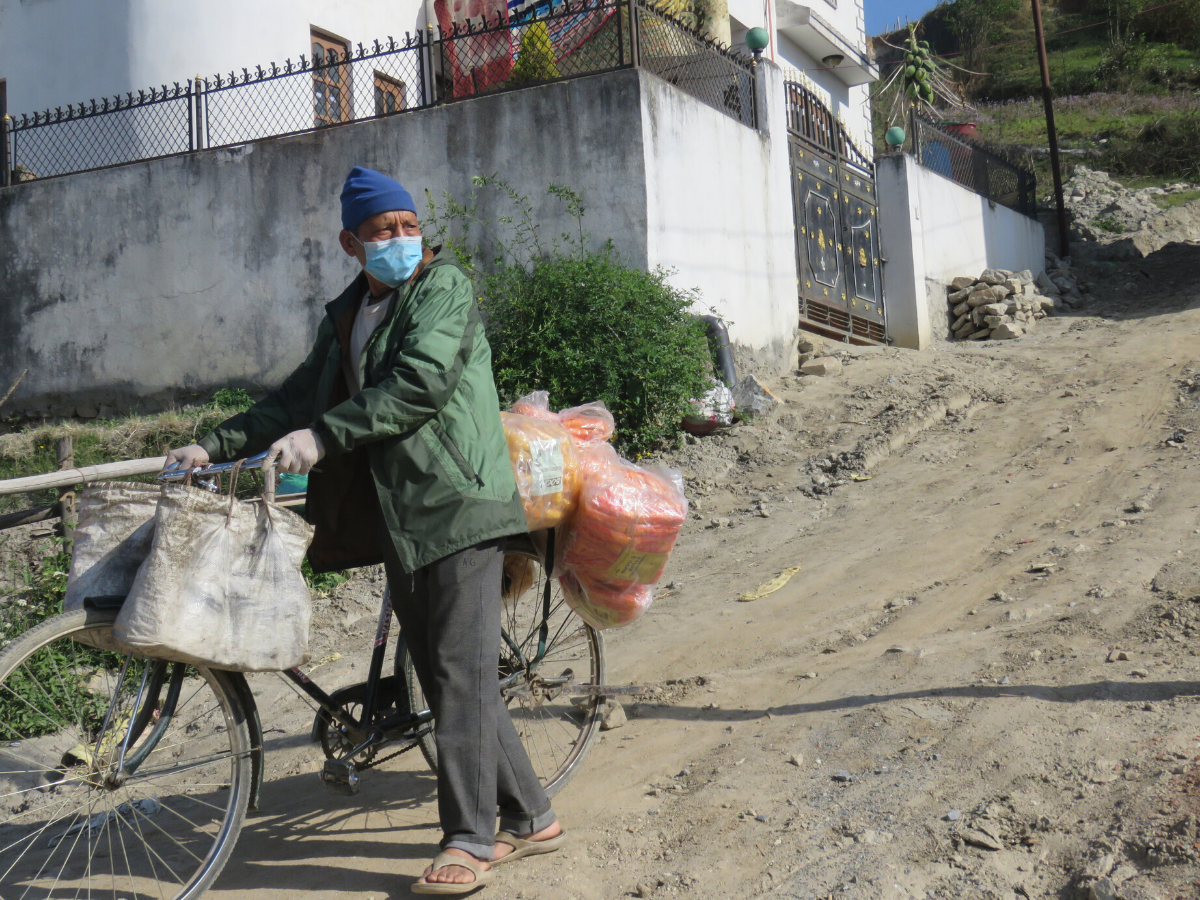 Posted at 13:54h in Uncategorized by wpadmin 0 Comments
0 Likes

The global health emergency has brought Nepal to its knees, the country that was struggling to get back on its feet after the terrible earthquake that exactly five years ago, on April 25, 2015, caused the death of 9 thousand people, tens of thousands of injured and over 600 thousand displaced due to the destruction of entire areas.

Today in Nepal, in lockdown since March 24, the situation is critical. Over 8 million people are exposed to risk of poverty and malnutrition, in addition to the health risk that the population is not equipped to face, completely devoid of the protective tools such as gloves and masks and uninformed about the containment rules. Most people live of daily jobs and the Nepalese themselves, report operators, are more afraid of starving than of Covid-19.

The health emergency has surprised a population already impoverished by the consequences of the earthquake. The Nepalese health system is highly precarious: in rural areas a patient is forced to walk over 3 hours to reach the nearest health center and then be visited by a paramedic. Safety measures in food stores are not observed, people who live in urban areas do not even have a refrigerator to store food and are forced to go out daily to buy something to eat.

Also following the development of the global pandemic, ASIA has maintained its presence in the country, where it has been operating since 1996, playing a fundamental role during the earthquake and post-earthquake emergency. Together with other Institutions and Foundations (among many Caritas Italiana, Clown One Italia Onlus, Save The Children Italia, Tavola Valdese, the Italian Agency for Development Cooperation) and many individual supporters, ASIA contributed to the reconstruction of the country, bringing aid for over 3 million euros and intervening both in the first emergency with basic necessities to the population, and in post-earthquake reconstruction.

Today the situation is critical and threatens to precipitate. ASIA is organizing with the primary objective of countering the most dramatic consequences that the spread of the virus could have among the population, by launching a fundraising campaign for the distribution of safety devices, gloves and masks, disinfectants, kits for hospitals, information brochures to inform the population of the risks.

With a donation it is possible to help and be close to those who cannot be left alone, especially now.

Participate in the fundraising campaign >>