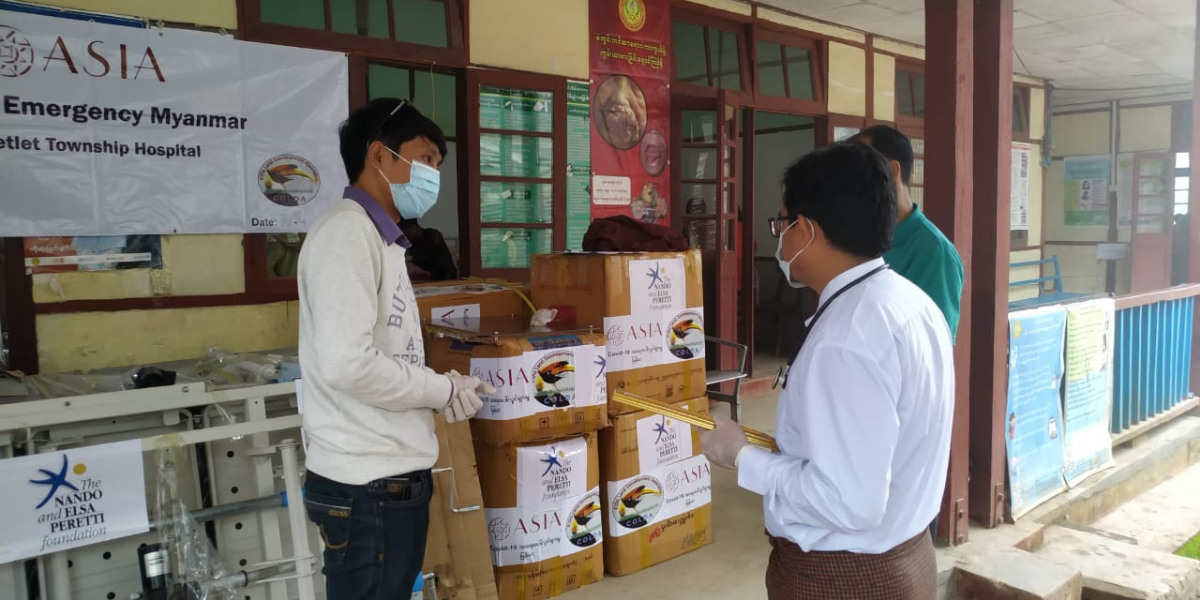 The first 2 known cases of COVID-19 were announced on March 23, 2020 in the state of Chin, where ASIA has been working since November 2019 with an agricultural project, financed by AICS. From that moment, some restriction measures have been enacted but the situation is constantly changing. The schools have been closed, public events are suspended, the issue of the online visa is suspended and on arrival for foreigners, travel between the internal states is limited (Chin has been in lockdown since 23 March last).

Up to 21 May 2020 there were 193 cases ascertained but the lack of tests and the lack of specialized laboratories for the analysis of the tests suggest a much more dramatic situation, especially if one considers that the Burmese health system is considered among the worst in the world.

The health situation in remote areas worsens compared to the already very fragile situation in the cities. Primary healthcare is still out of reach for most people in Chin State, one of the most remote, isolated parts of the country, where three-quarters of the people, who mostly depend on small-scale farming to survive, hover below the poverty line. Poor transport and the state’s rough terrain mean rural residents often have to walk for days to reach medical care in the nearest town. Some arrive close to death while others do not survive the journey. As healthcare is not easily available, many people rely on the traditional remedies for seasonal (monsoon) sicknesses and only when they are seriously ill do they go to the hospital. Despite health education efforts by the government and NGOs, health awareness and hygiene levels among local people remain low.

Since the beginning of the emergency, ASIA has decided to intervene in support of the health structures of the area in which it is continuing to work. Thanks to the generosity of some donors and own funds, it has already managed to distribute much of the medical material needed by hospitals.

In this second phase, additional sanitary materials left over from previous distributions will be distributed. These tools will further improve the quality of healthcare of the structures present.